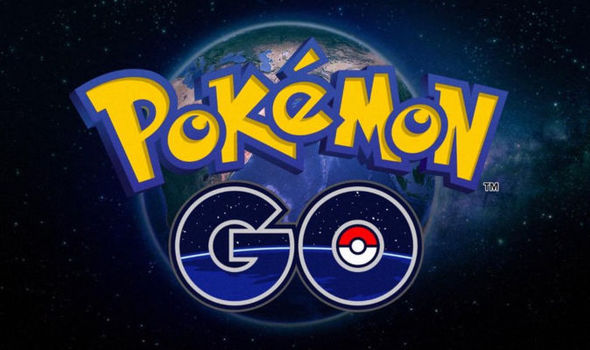 Let’s have fun and poke some holes in Pokemon go.  ok so you know gym’s right well how about the ones located in private property. What were they thinking with this. this is a clear design flaw. I know the game is based off of an algorithm and google maps and it’s somewhat random but damn it when there’s a pokemon gym behind barbed wire fence you know there are some people out there considering trying to get around that fence to get that Pokemon gym. You’ve probably seen it you stumbled across a sweet sweet pokemon gym prime for the taking that’s located in some old lady’s backyard and technically you’re not allowed there. Have you even seen poke stops and gyms in government buildings behind fences and security gates that’s pretty dumb and it makes no sense also I guess it’s illegal but I might try to take some of these down anyway if you don’t hear from me you know where to find me.

Something that the developers paid close attention to in the original pokemon games but here they really don’t make any sense in pokemon go are the weights of the pokemon. Look you find a Pokemon they give you the stats that you need and they even give you the height and the weight of the pokemon. For this little mobile game you don’t really need detail like that they didn’t have to do it but they did. The problem is is that the height and the weight stuff makes no sense. I’ve also noticed that most of the time when you evolve a Pokemon. So when one Pokemon transforms into another different bigger more powerful type of pokemon. The weight stays the same. What look guys if you’re going to throw an arbitrary your weight number in there just for no reason just get rid of it. It’s stupid and it doesn’t matter but it makes no sense whatsoever.

The difference between the distribution of wild pokemon in this game compared to something like a real pokemon game Red and Blue, Sun and Moon whatever. In the real pokemon games, wild pokemon are distributed everywhere. You can’t walk five feet without getting attacked by a wild Pokemon. You know the second you leave a town and you start walking and grass there’s pokemon everywhere. Pokemon Go is almost the complete opposite. You’re walking around main street in your town and city and you’re bombarded by pokemon everywhere. Thanks to lores, incense and just a general higher density of pokemon population. There walk out the town head out into the suburbs and you’ve got nothing all except for the occasional Pidgey or weedle. You think that by going out into the wild you come across more wild pokemon right but I guess that makes too much sense

Here’s some crazy logic on the Pokemon go developer my niantics part of the game had a massive launch and it’s crippled with server issues nobody can log on to the game because of the massive demand and the unanticipated massive influx of players and popularity is making the game almost impossible to play at times. Well let’s make it live in more countries here’s the thing I know you’re a big important company and you probably have to stick to your schedule is no matter what and you’re probably on that timeline for a reason and you can’t leave it but let’s cast aside that boring real world information aside. How could you continue to launch a game when it barely even works in the first place? Shouldn’t you may be double down and fix your ship before you start launching it in other countries and just make the demand even more. When you can’t even keep up with it in the first place am I right. The Pokemon go servers are up and down almost on a daily occurrence and it’s usually never had a convenient time. It’s midnight and most people just give up and go to bed then the server start working however during the day maybe at like noon or lunchtime and everyone’s awake the server’s never work they take a shit. I know it’s probably a demand thing but it’s still annoying and generally the rollout and the launch of pokemon go just makes no sense.

Here is  something that definitely doesn’t make sense and you’ve probably experienced this. Okay so you’re like a level 18 trainer you come across that stupid and common like a zubat or a pidgey and it’s easy street right. This thing will have a CP of like 28 something pathetic you throw your pokéball you get a perfect throw a perfect catch and then bust out of the pokeball. You can’t catch it and then it flees what the fuck just happened even the smallest minuscule unimportant Pokemon become a massive pain in the ass to catch. That to me makes no sense whatsoever maybe it’s because I’m an old pokemon purest but in the old games once you got past the common Pokemon you could ignore them. You caught them already you did what you needed with them you don’t need them anymore but in Pokemon go you need to still catch the common pokemon because     it’s a grind but to make them impossible to catch makes no sense. Okay here’s a perfect example of when it gets really annoying so look I have a magikarp candy I’m trying to level up to evolve into a gyarados to level it up into a gyarados i need 400 Magikarp candies. Four hundred that’s crazy that means I have to catch a lot of Magikarp honestly if one of them has given me a problem and it’s hard to catch see you later you dumb idiot I’m skipping you and i’m going to the next one but it just makes the process that much more grinding and annoying.